Obama:Victory Garden at the White House?

Many years ago when the economy was suffering and people were looking for jobs, a program called Victory Garden was set into action. Its purpose was to help supply wholesome healthy food for the family and community. One of its other purposes was to ease the governments financial burden of helping to supply food for the American population and use the money saved for the servicemen and war what we were in.

As Obama enters office as the 44th President of the United States several organizations have raised the issue of again raising a garden on the White House lawns. Obama has stood for change in government and leans back on many of Lincoln and Roosevelt’s ideas. What better way to promote healthy food and ease the financial burden of the government and families than by promoting a program made popular by Roosevelt during the war?

This program would also teach self-sufficiency and bring back fresh, healthy food raised by organic means with out being saturated with chemicals. Many of the victory gardens were run as community gardens. These victory gardens brought neighbors together were they would become friends, share ideas and create a stronger united community.

Victory Gardens have had an important part in the white house history in the past. During World War I, Woodrow Wilson’s wife Edith grazed sheep on the White House lawn. Eleanor Roosevelt grew carrots and beans on the same lawn, during WW11 to inspire Americans to plant their own “Victory Gardens”. The Roosevelt’s promoted Victory Gardens and the program during this time helped the American families to raise 40 % of their own food. The program was promoted through government programs and even at schools and businesses. 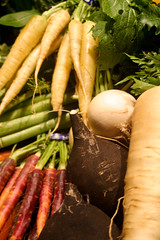 With the formal layout of the White House lawns, it might be considered to clash and not be proper but what better statement for our society could there be than a Victory Garden nestled on the white House lawn. As avid gardeners know,  gardens can be a work of art and beauty with proper layout and could easily fit into the formal gardens. And the most positive outcome of a White House Victory Garden would be promoting fresh healthy food without chemical and families enjoying fresh air and exercise together.

There are several organizations promoting a Victory Garden on the White House lawn. Check out The Who Farm and their amazing traveling rooftop garden or Kitchen Gardeners International

With the new gardening season approaching this is the time to consider growing a Victory Garden or participating in a community garden.

9 responses to “Obama:Victory Garden at the White House?”